Posted on October 1, 2012 by familyencouragement

The benefits of serving each other in the home are worth the effort and sacrifice.   If the benefits are so worthwhile (relational closeness, joy, reducing conflicts) why don’t we serve our family members?    We need to go deep and ask ourselves a question, “What are the hindrances that prevent me from serving others, especially those I love the most, my family?”

In the next series of posts I will give offer five specific reasons people are reluctant to serve with a willing spirit.   Until we deal with these issues we will never have a servant’s heart, even to those we love the most.

When I went to college I had purposed to major in music.   I sensed that God was leading me to serve in ministry and because I had some gifts in music it was obvious to me that would be the area in which I would be most effective.

During that first year as I was taking my Bible classes and attending chapel (I was attending a Christian college) I began to have a desire to become a pastor.   However, there was a major problem – I hated public speaking.    One of my required courses each semester in my freshman year was speech.   It was the toughest class I had in all four years of college.   It wasn’t because of the content or the teacher, it was that I was totally out of my comfort zone.

Though I did alright on the written material, the required speeches made me anxious.  And it showed!    I made a C in both semesters.    I knew that if I were to go into pastoral ministry that would involve public speaking and that I had to conquer this fear.    To this day speaking to a group is not something that comes easily or natural to me, but I have known God’s blessing as I have preached and taught His Word.

My heart in going into pastoral ministry was to serve people and it involved me dealing with my fears.   A deep-rooted insecurity almost kept me from one of the great joys of my life.

Paula and I at Robert E. Lee’s home in Arlington, Virginia overlooking D.C.

One of the primary causes of refusing to serve is insecurity.   This is a term that is thrown around a lot today, but we rarely get to the root of why people are insecure.

Consider the things in life that are uncertain – jobs, relationships (death, seasons of life as children move away), health, fame, position, financial status and many other things.    As long as the core of our lives is centered around that which can change we will be insecure.

Security in life comes from God, for He never changes.   The security of which I write is not an arrogance or even a strong self-confidence.    It is a quiet confidence in the Person and plan of God.   As the old sage wrote, “I don’t know what the future holds, but I know Who holds the future”.    Certainty will trump uncertainty every time.    Though God doesn’t give us complete details in His plan, we know we can rely upon Him.

Having this confidence in God makes all the difference in the world in your willingness to take a risk serving others.   You know that you are not wasting your life or resources to that which is temporary, but permanent!    My fear in going into pastoral ministry was based on my own natural strengths rather than the enabling of God to strengthen and help me.

The most outstanding illustration in the Bible on being a servant is in John 13 as Jesus washed the disciples feet.   He did so because He loved them and the task needed to be done.   But why didn’t any of the other disciples take care of the need?

One of the reasons that our Lord did so without restraint or complaint is that He was not insecure or worried about what anyone thought of Him in stooping to do that which was unpleasant.  Jesus knew Who He was and what His purpose was.

Notice the passage –  “Jesus knowing that the Father had given all things into his hands, and that he was come from God, and went to God.   He riseth from supper, and laid aside his garments; and took a towel, and girded himself.  After that he poureth water into a bason, and began to wash the disciples’ feet, and to wipe them with the towel wherewith he was girded.”   (John 13:3-5)     In the record don’t miss what precedes Christ meeting the need at hand; Christ  clearly understood His identity and purpose.

This was not a passive, insecure man just trying to be nice!   No, not at all.  He was aware that His Father “had given all things into his hands, and that he was come from God, and went to God”.    He knew He was the Son of God and God the Son.   There was no waffling in what He did or doing so in a hope that He would be accepted by His disciples.  It was part of His identity and purpose to serve.

Here is the problem contrasted: Jesus was not position-conscious, but the disciples were.    (That’s why none of them offered to wash the feet of the others.   They felt it was beneath them and it threatened their security because their identity was built around the temporal, how others perceived them).    Christ didn’t fear to do the will of His Father because His life was centered around that which was permanent and eternal.

Position-conscious people are not servants.   They are more concerned with their image and the status symbols that communicate “success” rather than releasing those things and building their life around serving God and people (which both have eternal ramifications).

In this narrative when Jesus washed their feet the one most notable person that refused to allow Him to wash his feet was the leader of the twelve, Simon Peter.   Here is what he said as Jesus approached him with the towel and basin – “Then cometh he to Simon Peter: and Peter saith unto him, Lord, dost thou wash my feet?”   (John 13:6)

I remember reading this years ago and thinking how humble Peter was to refuse Christ’s ministry to him.  However, it is just the opposite.   It was Peter’s pride and insecurity that kept him from allowing the Lord to wash his dirty feet.    It was also Christ’s humility and security (in His Father’s will and purpose) that permitted Him to do so without hesitation.

Peter’s comment revealed his heart – “Lord, dost thou wash my feet?”     Peter had a wrong attitude about leadership and service.   He was saying through his comment, “Lord, you are the leader and leaders don’t wash feet, humble servants do that!”

What was unsaid but intimated was Peter’s fear that as the leader of the disciples he would also have to do the same as His leader!   Jesus’ behavior in caring for small, lowly, seemingly unimportant tasks was a threat to his own view of leadership.   The rest of the disciples, after the Lord Jesus, looked to Peter for leadership and this meant he should have also been busy washing the feet of his friends.

Peter was position-conscious and it caused him to be insecure because this type of humble service shattered his view of leadership.   It made him insecure.   Leadership to him wasn’t about serving, but being served.

What is your life centered around?   If it is the approval of people, having a place of recognition and honor, attaining a certain income level, or having others to serve you then you will always be insecure.   All of these things can change in this life – and they will change at death.

If you will build your life around serving the Lord, helping people, obeying God’s Word and building God’s kingdom then you will not be afraid to serve in a quiet place where no one knows you are toiling.   Knowing you are involved in that which is eternal brings great peace and joy. 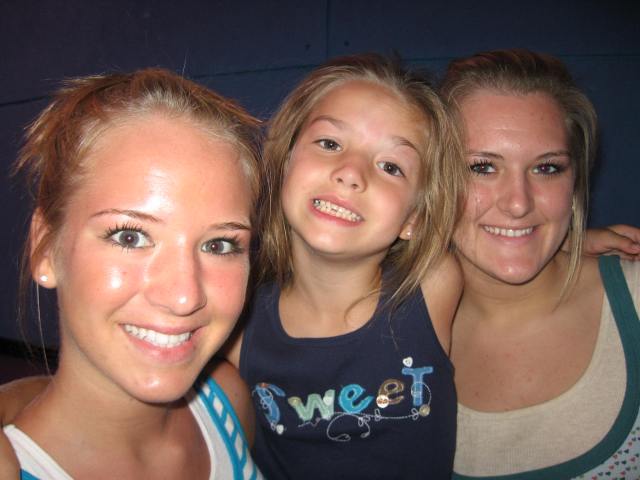 Are you hesitant to serve your family because you think a particular chore is not your responsibility?   Are you position-conscious?    Servants aren’t concerned with how they appear to others, but with the task at hand, even if no one is there to applaud them.

Pastor of Friendship Baptist Church in Huntsville, Alabama. Married for 41 years with seven children and nine grandchildren.
View all posts by familyencouragement →
This entry was posted in Family Issues and tagged family, home, insecurity, service. Bookmark the permalink.