Things I Learned from My Dad

Posted on October 15, 2012 by familyencouragement

As I grow older I become more introspective.    I think about the goodness and faithfulness of God, special people that have crossed my life at key times, major decisions I have made, and I think a lot about my parents.

I have had so many good teachers in my life and for all of them I am very grateful.   But the best teachers I ever had were my mother and father.   The lessons they taught me have marked my life.  I want to take a series of posts and share some lessons I specifically learned from my father. 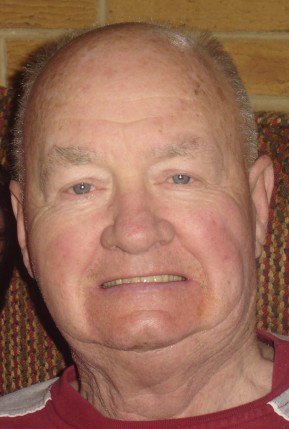 My Dad was a quiet man in public and even at home he was not dynamic and expressive.  My life was touched by him not so much from verbal lessons that he gave to them, though I remember a good number of those that were helpful.   The things that have marked me most were from his example and the way he lived.

There was no confusion in my family that Dad loved the Lord and it was real.     I think that my sister and brother, Melanie and Hoss, would echo the things I write with their own stories and experiences because of the clarity of Dad’s life and heart for the Lord.

In the fall of 2001 my Dad had a stroke and it affected his speech and his ability to walk.   Though it greatly hindered his life, it didn’t touch his spirit.     One day I was thinking about how he had helped me and the lessons I had learned from him and I started writing them down.   Occasionally, I would revisit the list and recall some new stories under the categories I already had and would sometimes add new lessons.

In January of 2008 I was in New Hampshire at a cabin with some pastor friends and it was in the wee hours of the morning.   Everyone else was sleeping, but I was awake evaluating my life and ministry .   As I was going through some files I came across the list of lessons my father had taught me.   It had been a while since I had looked at it.

Dad’s health was declining and as I read what I had written it touched me deeply.   (In fact, he went to Heaven six months later on July 11).   I began to tighten up the list and organize it under concrete categories.    I felt like I owed it to my father to think about his influence in my life in more than generic terms like “He had a great influence on my life”.   I wanted to be able to have something clear that I could communicate to my own children and grandchildren and that meant it needed to be specific.

After I finished my list there were ten lessons and principles I had written.  There were others, but these were the primary ways he influenced me.   What I didn’t realize at the time is that it was from this list that I would soon stand behind his coffin at his funeral and share some of these lessons.    I’m glad I took the time to do it.   I’m glad that I was able to share some of these things with him before he went to Heaven and express my gratitude.   He was a special man to so many people, but especially to his children.

Could I challenge you to do the same?    Make a list of the positive ways your Mom and Dad contributed to your life.   Just start writing some thoughts down and as they brew in your mind you can expand upon them  later.

If they are still living, put them in a letter and send it to them.   They will treasure that note.   If they are already gone, you can honor their life and memory by sharing it with your children and others.

I hope the following posts will be a blessing and encouragement to parents that you are having more of an influence on your children than you realize.    Too, I hope that you will pause to reflect on how your parents influenced you for good.

Pastor of Friendship Baptist Church in Huntsville, Alabama. Married for 41 years with seven children and nine grandchildren.
View all posts by familyencouragement →
This entry was posted in Family Issues. Bookmark the permalink.

2 Responses to Things I Learned from My Dad