Seven Key Influences in the Life of a Child

Posted on December 5, 2012 by familyencouragement

When I turned forty years old I was very reflective.   Someone said that, “Forty is the old age of youth and fifty is the youth of old age”.    I suppose since I was at that unique transition that it made me review my life.

I did something that was of no value at all except for my own enjoyment as I reminisced.    My heart was so filled with gratitude for God’s kindness to me that I wanted to remember and recount parts of my life to that time.     I began to make lists of forty items (befitting my forty years, of course) in different categories that were personal to me.   I would start a list and later revisit it and add more.   It was not a quick exercise.

For example, I started to compile a list of the forty best books that I had read and had shaped my life.   Another list was the forty best places I had ever visited from my childhood up until that time.   I put together the forty greatest lessons I had learned.  And there were a few other lists that I made.   It was fun and made me recall some great times.   Different items would prompt gratitude and joy in my heart.

Of all the lists that I began to create (and there weren’t that many), only one brought tears to my eyes as I worked through it and each time as I returned to add to it.   This was the list of the forty people that had influenced my life the most.   It was a blessing to me as I remembered my family, mentors, friends, coaches and teachers.  Each person had made a specific contribution to my life and many of them had influenced me in many areas.

Creating this list of names was the easiest.   In fact, I finished it first.  I wrote rapidly as one name would remind me of another person until……I had a problem.    There were many more than forty names.   At first I thought I would be technical about it and try to have a “top forty” that would edge out some people, but I couldn’t do that because the impact was too real and deep.

Some of them were from childhood and others in my teen and college years.   Many were from various churches where I had served, including both staff colleagues and fellow church members.

At the top of my list was my parents and I have spoken so often of them that I won’t go into detail here about some of the things that I learned from them.   But let me give you an example of the kind of person that was on my list.   This is just one, but an important individual in my life.

I wrote down Dr. Wymal Porter, one of my Bible teachers at the Christian college where I attended.    He was my favorite teacher and I learned so much from him.   I was privileged to take Old and New Testament Survey, I Corinthians, and Hebrews from him.   He was also one of my advisers and has been one of mentors for over thirty-five years.

As I write this he is 89 years old.   He taught and preached in our church almost every year I have been here (and sometimes several times a year) until this past year when he could no longer travel.

Of course, I learned great content in his classes as he was one of the finest and most gifted Bible teachers in the world (in my opinion!).    The way he influenced my life primarily was that he gave me a hunger to learn and know the Bible.   Even before I was under his tutelage I loved to study the Bible, but his grasp of not only the details, but how helpful and practical God’s Word was stirred my heart.   It was like pouring gasoline on an open flame as I was motivated to give my life to knowing the Bible.

To this day I spend many hours a week pouring through God’s Word, reading and comparing, marking, circling and underlining words, and though it is something I have to do to be able to teach and preach, it is something I love to do.   That desire was fanned in his classroom and for that I am very grateful. 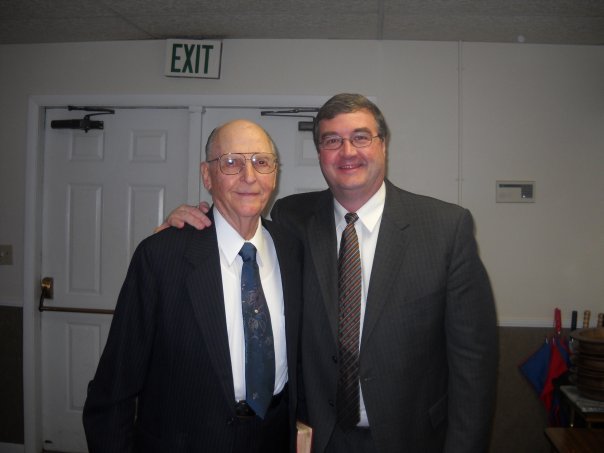 My teacher, friend, and mentor, Dr. Wymal Porter. Taken in November, 2009 after speaking at our church.

I firmly believe that the prime mentors in a child’s life should be his parents.   There will be significant others that contribute to the direction a child is to go and skills he will learn, but the parents are to be the primary influencers.

What are the influences in a child’s life that are fundamental to developing areas that will help them be successful?    In the following posts I want to present seven of them.  While each one of them has a broad application, the list I will give is especially relevant in the realm of parenting.

If you are a parent I hope they will be an encouragement to you as you seek to influence your children for God and for good.    If you are not, I think you will agree with them and be reminded of people that have influenced you in that specific area. 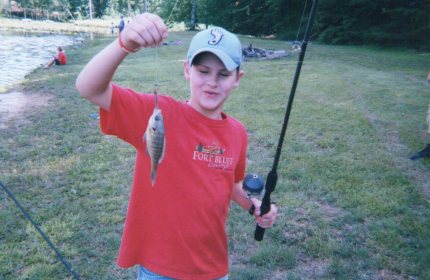 Mary Rose McGeady wrote, “There is no greater joy nor greater reward than to make a fundamental difference in someone’s life”.    I truly hope that these brief thoughts in the next couple of weeks will enable you to do that very thing – and to remember those that have touched your life.