Posted on January 25, 2013 by familyencouragement

Who is the best teacher you ever had?    There were two special teachers in my training in college that deeply impacted my life, Dr. Wymal Porter and Dr. Bruce Lackey.   They not only had a command of content, but they were effective in communicating it.

Each week I prepare four lessons or messages from God’s Word and do so week in and week out.   I could not do what I do without their investment in my life.  I thank the Lord for them every week of my life.

There are other teachers from my church and school days that also stood out and each of them made a specific contribution to my life.   They are all very special to me and I shall never forget them.

But the very best teachers I ever had never finished college, had no teaching certificate, and had no formal curriculum they used.   They influenced my life more than anyone else and that was my dear parents, Cotton and Linda Johnson.   Even as I write these words my eyes are filled with tears because of the incredible depth of gratitude I feel for them. 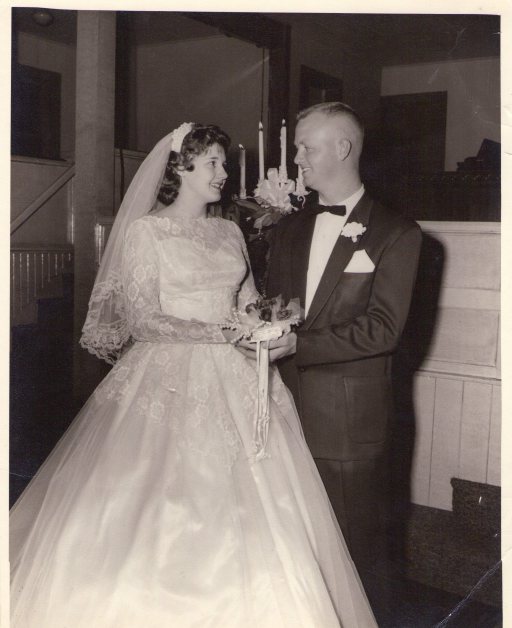 This is as God intended it to be, that our parents be our foremost teachers.   Paul, of the New Testament, was a mentor to a young, growing leader named Timothy.   He wrote two letters to him concerning how to become an effective leader and pastor.   These are the books in the Bible called I and II Timothy.

We gain a clue as to whom was the most effective teacher in this outstanding young man’s life from what Paul wrote to him in II Timothy 3:14 – “But continue thou in the things which thou hast learned and hast been assured of, knowing of whom thou hast learned them”.

He writes of a specific person (“whom”) that has taught him (“thou hast learned”).    This education was more than academic knowledge, though that was certainly involved.    More importantly, this person had also transmitted their values to Timothy.   In that same verse, Paul encourages him to pursue not only the things which he had been taught, but also had “been assured of”.

The word “assured” means “to establish something, to make strong and firm”.   It carries the idea of one that is faithful and true to his convictions, of being fully and firmly persuaded.    The very core of his character had been touched for a lifetime because of this person.  This was a special teacher.

Who was this person that marked his life at such a deep level beyond facts and information?   Actually, it was more than one person, it was two people.   It was his mother and grandmother.

Timothy’s father had no spiritual influence in his life at all (Acts 16:3).   Timothy’s mentor  (Paul) didn’t take credit for Timothy’s character and faith in Christ.   Paul knew Timothy’s mother and grandmother and how they had shaped his life.

“When I call to remembrance the unfeigned faith that is in thee, which dwelt first in thy grandmother Lois, and thy mother Eunice; and I am persuaded that in thee also.”   (II Timothy 1:5)

One of the greatest churches in the New Testament was the church at Ephesus.   Guess who their pastor was?   It was Timothy.    His godly heritage had been passed on to him from generation to generation.

Lois, his grandmother, had taught and modeled the truth to her daughter, Eunice.    She raised Timothy the same way her mother had raised her and it made an indelible impact on his life until the day he died.    One of the greatest leaders in church history was influenced the most by his mother and grandmother.

Neither of my parents were raised in a Christian home.   It wasn’t that God or the Bible was mocked by their parents, it’s just that it wasn’t a part of their upbringing.   My mother was born again when she was nine years old at a church in Alexandria, Virginia during a summer vacation Bible school.   My father accepted Christ as his Savior just a few weeks after I was born.

This began a chain that has not only influenced their children for God, but their grandchildren, and now their great grandchildren.    How did this happen?    It was the very same quality that allowed Timothy’s mother and grandmother to touch his life.

A few paragraphs above I referenced a Scripture (II Timothy 1:5) that speaks of the faith that Paul readily saw in his student’s life and also in his mother and grandmother.    It was their faith, but the verse doesn’t just say “faith”.  It is modified by the word “unfeigned”.   This word is what made the difference in Timothy’s  life and can do the same for your children.

A lot of people claim to have faith, but few have an “unfeigned faith”.    The word “unfeigned” means “sincere and without hypocrisy”.   There was no pretentiousness in their lives.    They were consistent and predictable in the way they lived.

I have seen the sincerity of my parent’s faith not only in the church building, but in the home, riding in the car, and at their work places.   They weren’t perfect, but they were real, genuine and authentic.    They, too, were consistent and predictable.

My parents taught me best because I knew them best and saw them the most.   Their lives were marked by an “unfeigned faith”.    And it found it’s way into the hearts of their children. 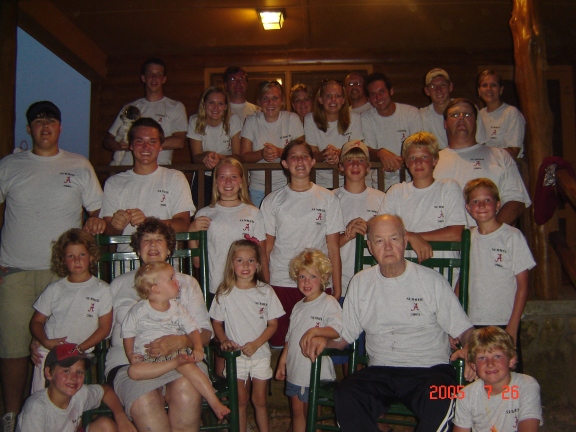 The power of impacting a generation by living an “unfeigned faith”.

I am profoundly grateful for those that have taught me all of these years, but at the top of the list are two simple, but sincere people who never intended to be great teachers.    They were just trying to be great parents.    Both of them are my heroes and forever will be.

A heartfelt thanks to Dad and Mom for impacting my life.    I know Melanie and Hoss would say the same as would your grandchildren and great grandchildren – and many other people that have seen the lessons of faith lived in your lives truly, honestly, and genuinely.    You are the best teachers I ever had.

May we do the same for our children.   Parents really are the best – or the worst – teachers.   It’s your choice.   Make sure your faith is “unfeigned”.

Melanie and myself with Dad at his induction into the Madison County Athletic Hall of Fame.