Posted on April 27, 2013 by familyencouragement

Since patience is the first characteristic of love, how is it cultivated in one’s life?   Most people think it is the result of self-will and sheer determination.   However, patience is not natural, but supernatural.  It is something that God has to produce in your life and is motivated by the love of God in your heart.

The very moment a person becomes a Christian he receives the Spirit of God (Romans 8:9).   One of the evidences of His presence is that we have a love for people.

The Bible says “…the love of God is shed abroad in our hearts by the Holy Ghost which is given unto us”.  (Romans 5:5)       The words “shed abroad” mean “to pour out freely” and carry the idea of that which gushes forth.   The moment I am saved God pours the very love He has for us into our hearts that we might love other people in the same way.

Love is a fruit of the Spirit.   That means when my life is controlled by the Spirit of God that I will be loving (thus, patient with people).

The Bible says “…the fruit of the Spirit is love, joy, peace, longsuffering, gentleness, goodness, faith…”   (Galatians 5:22)     This is not something I have to work up, but a quality that God works through my life as I am yielded to Him.

Don’t be discouraged if you don’t get an A-plus in patience.   It is a process of growth.   The Christian life is not about perfection, but direction.    One day in glory we will be perfected and never sin again, but until then we progressively become Christlike in our character.   And this includes being patient.

For about twenty years I coached Little League Baseball at all levels.  It was rewarding to me.   The best part wasn’t the winning, but seeing young people grow and become more responsible and disciplined.    I had a newsletter for the guys I distributed each week and the masthead said, “Winning isn’t everything, but the effort to win is”.   And I still believe that with all of my heart. 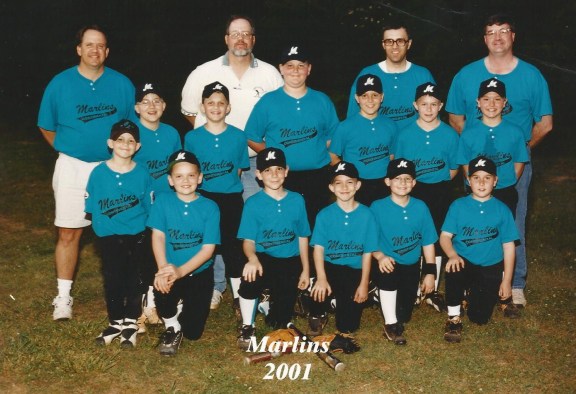 One time we were playing a team with a terrific pitcher.   In fact, he was one of the best pitchers I had ever seen in that division (11-12 year old boys).    We couldn’t hit a thing off of him.    They also had some good hitters.   In the early innings the score got out of hand; it was 14-0 and we were losing.

That was acceptable, but what the coach on the other team did was not acceptable.  He had his guys stealing bases every chance they had and kept running the score up.   I was in our dugout by third base and he was coaching third for his team.   After about 4 more runs (they were approaching 20 runs) with no sign of letting up I was aggravated and spoke to him.

“Hey, listen, there’s no way we’re ever going to win this game, much less get a hit off of your pitcher.  Can’t you just show some sportsmanship and not have the guys running every chance they get?”    He replied, “We’re just trying to play baseball”.   Well, that did it for me.  I didn’t yell at him where everyone could hear, but he was close enough to hear the anger in my voice.

“Man, you’re unbelievable!   These are kids out here.   You’re not teaching your kids anything about sportsmanship and my kids have lost heart and already feel terrible about the game.   You’ve got a great pitcher.    There is no way we are going to come close to winning; stop running the score up!”   And I included several more “You’re unbelievable” comments after that.

On our team was one of our church members’ sons and the son of our assistant pastor.   They were leaning on the fence near our dugout and heard my exchange with the coach.   They enjoyed it!    I don’t think it was the “justice” of my comments as much as the fact that they had never seen me get upset like that before and I was voicing their own displeasure.   But I was wrong.

Should I have said something to the coach?   Yes, but I could have left out the sarcasm and anger.   He needed to be corrected, but not heckled.   I was no better than he was in his need to be “successful” by clobbering a lesser team; my sin was just a different stripe.

We lost the game, didn’t score a run, and afterward lined up for the traditional post game handshakes to congratulate the other team.   When I came to the pitcher on the other team I encouraged him to keep working and he could do something special in baseball one day if he wanted to.   It wasn’t his fault he had a driven man for a coach.

The coaches are always the last to shake hands after the game, especially the head coaches.  The other coach just acted like nothing had happened and it was a normal day in the park.   (It may have been, too, with the kid he had pitching.   But that wasn’t the problem, it was what he was teaching his young men and what he had done to the hearts of our guys).

I knew what I had to do.   I had to apologize to him, not for the truth of my comments, but for my attitude and anger behind them.   So, I told him I was wrong to have barked at him like that and that I was sorry and it shouldn’t have happened.   I didn’t defend myself or accuse him, but took responsibility for my part.    Something happened to him when I said that.   He just stood there and stared at me for a moment and said, “Yeah, I shouldn’t have done that”.

I’m a pastor and I wonder what his response would have been if he had attended our church when I stood up to speak.   That was enough to make me apologize to him that day, but it was more than that.   God had poured His love in my heart when I gave my heart to Christ (Romans 5:5) and He began to convict me over my sin of not loving this man, irritable and arrogant as he was.

Though I was right in principle in taking care of my kids, I was wrong in my attitude.  I didn’t like the guy at all and I sure didn’t love him and it showed through my impatience.   God will cultivate patience in your life through difficult circumstances and difficult people  – at home, work, and school.    During these trying times let God love them through you with His patience because you won’t be able to do it over the long haul.

Tomorrow when you’re tempted to become impatient, stop and ask God to help you.   He will.   And when He does, you show what God is like to that person – loving and patient.

(Some helpful resources on this matter of cultivate patience are the movie “Fireproof” and the book, “The Love Dare”.    They are both related in that much of the movie deals with a man whose patience is tried.   Watch the movie first and then get the book and work through it a chapter at a time.   It will bless your life – and those that live with you!)