Posted on July 3, 2015 by familyencouragement

About fifteen years ago I was riding with a well-known Christian leader.    It was a long trip and we had an opportunity to talk about a lot of subjects.   My friend was fifteen years older than me and had more wisdom and experiences in life from which I could learn. He asked me a question that took me off guard. “Rick, have you ever been depressed?”

I supposed the answer should have been yes, but the reality was that I had never been depressed. I responded, “Well, I have been deeply discouraged several times, but I can’t remember being depressed”.

He opened his heart to me and shared a season of his life when he went through some very turbulent times emotionally and how difficult it had been to come out of that cycle.   As he finished his story he encouraged me, “If you ever find yourself depressed, don’t be afraid to talk to someone; in fact, feel free to call me if you would like.   I would love to help you”.

We shifted gears to another subject, but of all the things we discussed only that issue stayed with me.   I remember his sincerity, transparency, and the wisdom he poured into my life that day. Here was a godly man that was admitting that he had struggled with depression for several years.   No one had ever had a personal conversation about that with me.   I was in my early 40’s then.

Have you ever struggled with depression?   Charles Spurgeon, one of the greatest preachers that ever lived, battled it.   Perhaps part of it came from a debilitating illness he had (and that would one day take his life).  There were occasions where men from his church had to assist him out of his bed to his pulpit because he was hurting physically and emotionally so bad.

I know some powerful preachers in our generation, both acquaintances and close friends of mine, that are susceptible to being depressed.   They have told me that it is a struggle for them.   It’s a quiet and taboo topic, especially for Christians, and even more so for Christan leaders.  However, it’s a real issue people grapple with – even believers.  Spiritual leaders aren’t exempt.

One example of a depressed leader is Elijah.  He was depressed to the point that he wanted to die.   This came after the high point of his life and ministry (I Kings 18).   Elijah had shamed the false prophets of the nation and the queen was embarrassed.   She swore to kill Elijah because of what he had done.

When Elijah heard the threat he began to run.   I mean he literally ran on his feet, not just metaphorically was “running” from the problem.   He quickly left town and traveled around 80 miles on foot.

“But he himself went a day’s journey into the wilderness, and came and sat down under a juniper tree: and he requested for himself that he might die; and said, It is enough; now, O LORD, take away my life; for I am not better than my fathers”.   (I Kings 19:4)

Here is one of the greatest men in the Bible who came to the place where he despaired of life.   This was more than discouragement, but depression.    The phrase “sitting under a juniper tree” has become a metaphor for those in such a condition.

Depression is difficult for anyone that experiences it, but it is especially serious when a leader is depressed over a long period of time.   Failing to face depression and conquer it will hinder your leadership and ultimately disable you completely.

God helped Elijah to overcome his depression through physical rest, good meals, and regaining a proper perspective (I Kings 19:5-8). The common thread these all have is time.   Pulling away from your responsibilities to rest, taking time to eat, and thinking about a fresh paradigm from God’s viewpoint takes time.  God restored Elijah and the depression lifted.

I understand depression.   When I was in the middle of it I didn’t know what it was; it’s difficult to put into words.   I have never experienced anything like it in my life.   I had not experienced sustained discouragement, much less depression, and it was all new to me. I didn’t know how to interpret it.

But it was very real.   And very dark.   It was a sadness, hopelessness, and fear that I wasn’t going to get better and come out of the downward spiral. During this time I was functioning in my role as a pastor, husband, and father, but I was running on emotional fumes.

Part of it was related to a debilitating illness I have.  Also, I was struggling with some issues in our ministry at the time that were very difficult.

Depression created a definition of a new normal for me and I didn’t like it.  My illness had already done that (given me a new normal physically), now the depression was doing the same thing to me emotionally.

I  wanted to be like I was before, full of energy, ideas, and fun. My wife could see it, so could my children.    My closest friends and staff members knew I was struggling, too, as well as some of the folks in the church that had known me for years.

They were all so patient and gracious. However, one can’t lead effectively over the long haul if they are depressed.    The answer is not to “fake it til you make it”.

Remember at the beginning when I spoke about my friend who asked me if I had ever been depressed?   Well, now I was in my mid-50’s, fifteen years after our conversation.

I called him and he was a great source of encouragement and help to me in this season of my life.     There were no lectures about my walk with the Lord and spiritual disciplines (I maintained them during that time). 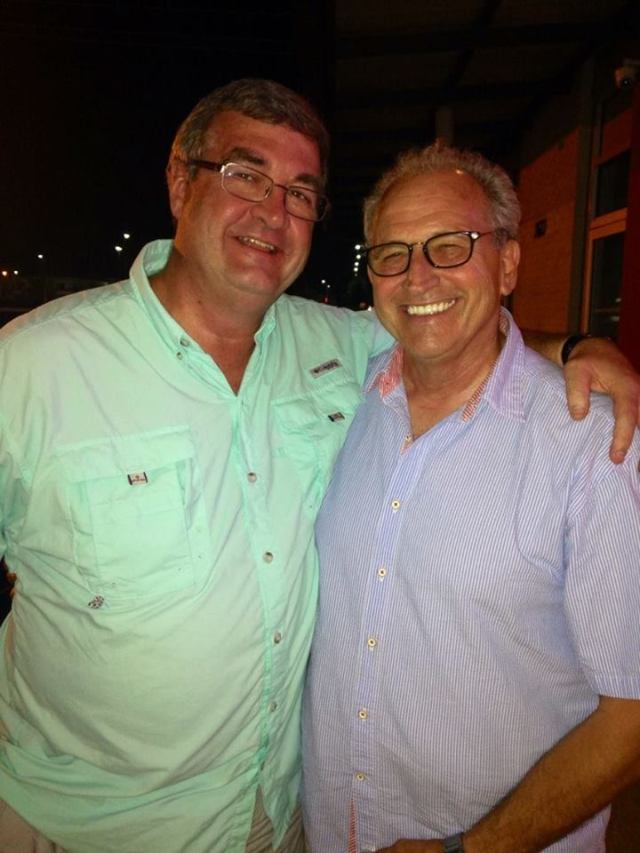 One of many friends that spoke words of hope into my heart when I was hurting. There are many others. This is Richard White who graduated to Heaven on January 8, 2015. I miss him greatly.

A couple of final comments that may be of help to those struggling with depression.

Depression can be overwhelming and disabling, but the sun will shine again.   This, too, shall pass.   I know; it did for me.