Posted on January 30, 2019 by familyencouragement

In recent months I wrote two birthday cards to my children within a month of each other.   I didn’t realize it until I had finished signing the second card and reading it again that I had included a similar thought in the one I had given a few weeks earlier.

After sharing some of the memories and personal things I admired and appreciated about them, I included this line: “Best of all, now we are friends”.

I can’t remember the time when this happened, when I became friends with my children, but I know that it did.   The same thing happened between me and my parents, too.

As I write this my dear mother is 80 years old and I count her as a friend.   I’m 60 and so when we get together our conversations are more often centered around themes of friendship than parent and child.

This is one of the best parts of growing older: the transition in the relationship with our parents when they become our friends.    As we begin to experience firsthand the trials of raising our own children, we realize what we put our mom and dad through in each stage of parenting.

The helpless and needy infant, the rowdy and curious toddler, the increasing independence of preschool and school-age years, and the challenging whitewater teenage years each have unique stresses.

When you are the child you are too immature to know the stresses of parents doing their best.

Henry Ward Beecher wrote, “We never know the love of a parent til we become parents ourselves”.

What happens in the heart of an adult child to help facilitate a desire to connect with their aging parents as friends?    Let me suggest three key awakenings that occur that expedite this transition in the relationship.

In the early stages of a parent-child relationship gratitude is largely non-existent, because of the nature of a child receiving more than giving from their parent.

The Apostle Paul referenced this when he rebuked the church at Corinth for their selfish attitude toward him evidenced by their failure to be thankful for how he had sacrificed on their behalf.

“…for the children ought not to lay up for the parents, but the parents for the children.
And I will very gladly spend and be spent for you; though the more abundantly I love you, the less I be loved.”   (II Corinthians 12:14-15)

But at some point, there is a tipping point where aging parents receive appreciation (hopefully) from their children for their patience and sacrifices when they were younger.

When it came time to select a best man for my wedding I had a number of dear friends to choose from – or my brother, whom I have often said is my best friend.   But I didn’t have to think about it long at all.

One of the most special conversations I ever had with my father was the evening when I asked him if he would be the best man in my wedding.   I wanted him to be in that role because of what he meant to me.   As a 21 year old young man I better understood some of what he had sacrificed for me and, for me, it was right for him to be there.

Years later, my brother did the same thing; he asked dad to be his best man in his wedding.

Dad with Hoss on the day of his wedding. I love this picture because
of the joy on both of their faces. These are my two best friends.

Gratitude for your parents will birth a closer relationship, even friendship. 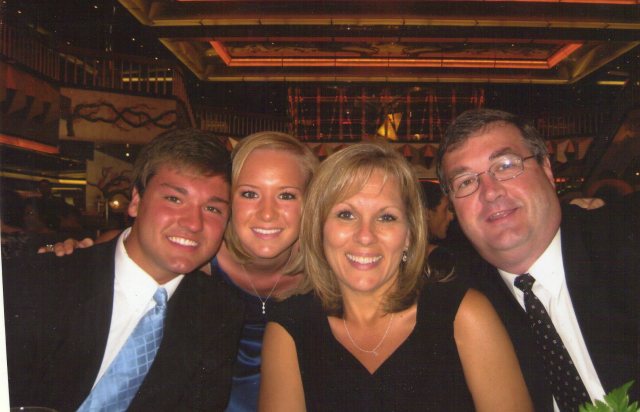 Jordan, April, Paula and I at formal night on a cruise.

Several of my children have gotten very interested in their history and what made them who they are.   (I went through the same thing when I was their age.   My great grandfather was alive during key times in history and I wish I could have gotten more information from him).

My dad loved to tell stories about his growing up, the people he knew and the experiences that had marked his family, for good or bad.   The older I became, the more important this was to me.

About ten years ago I was in Arkansas with my mom, we visited her birthplace and the places of her early childhood.   I was totally fascinated.

We visited a little country church on an isolated road with a small cemetery behind it.   The last time I was there was around 1967 for the funeral of my great grandfather.   I sat beside my grandfather in the little church for the service as he grieved the death of his father.   It was one of the few times I had ever seen him in a church building.   I loved him dearly; I was named after him.

Mom had instructed me to hold his hand during the service.  She knew it would mean something to him.  As I reflect on that event, I know how much it would have meant to me to have my grandson to do the same for me.

I hadn’t been to that church or the cemetery in almost 50 years.   Incredibly the doors were open – all of them.   I went inside and sat in the same pew as where I had sat as a little boy with my grandfather.   (I still remembered).   We went outside and saw the grave of my great grandfather and I rehearsed the events of that day.

I saw the post office where my grandfather worked.   Where my mom lived as a girl, though the house was no longer there.   All of that day was a wonderful experience for me.

Older parents are more eager to share these things not only because they are important to them, but they know their days are limited and they would like for their children to appreciate them to some degree.

Recently I told my sister that in the past several years I had noted that my mother talked more than usual when we were together.   Not just about the weather or common things, but about important things.   Friends that had shaped her life, our heritage, her feelings and beliefs.

Friends listen to each other and it is a sacred privilege for me to listen to my mom.   One day her voice will be silent and I’ll wish to hear it again.

When we are young our parents are our heroes, but as we grow older we begin to see their flaws.  Mom and Dad are gradually removed from their pedestal of respect.   Soon their good qualities are not remembered because of hurt and disappointment from unmet expectations.   Bitterness and anger begins to eat away at what was once a close relationship.

When forgiveness is granted from both, a friendship can be established that is treasured for the rest of our days.   But if not, failure to forgive and restore will result in destruction in your relationship.

I’ve never wanted to disappoint my parents, even though I have, but now as a senior adult I want much more than to just avoid being a disappointment.   I want to be a friend to my mother and to enjoy her friendship.   (My dad went to Heaven years ago).

Several years ago I received a birthday card from my mom and I have kept it on an end table where I study so I can read it occasionally.

“For my son, my gift.   From the first time I held you I knew you would be something special.   And you are – not just to me, but to everyone who knows you.  You’re kind and funny and generous and caring…and I’m so proud of you.   You’re a great son, a tremendous blessing and a wonderful gift to the world.

Happy birthday with so much love, Your Mom.

Rick, I am very proud and thankful for my three children.  I can’t go anywhere (almost) that people ask me about Hoss, Melanie, and you.   We’ve had a wonderful time as a family from the tiny four room house with no washer or dryer to all we have now.  I am so blessed.    Silver and gold, I have very little, but family and friends are my greatest possessions.

In the rest of your years never forget the little four room house on the corner.  God has been gracious to us over and over.   AMEN and AMEN.   HAPPY BIRTHDAY.”

I’m glad that as an old man now, that my mom is my friend.

On the afternoon we were to greet friends at the funeral home when my father died I went an hour early before my family did.  I asked those assisting with the funeral if I could have a chair to sit by my father’s coffin during that time.

Though I knew he wasn’t there and was in Heaven I wanted to be there alone for a while, while it was quiet.  I recounted scores of special memories we had shared personally and as a family.   I rehearsed lessons he had taught me and words he had said to me.   It was our final goodbye on earth.

Though I highly respected and loved him as my father; I also was thankful that we had been friends. 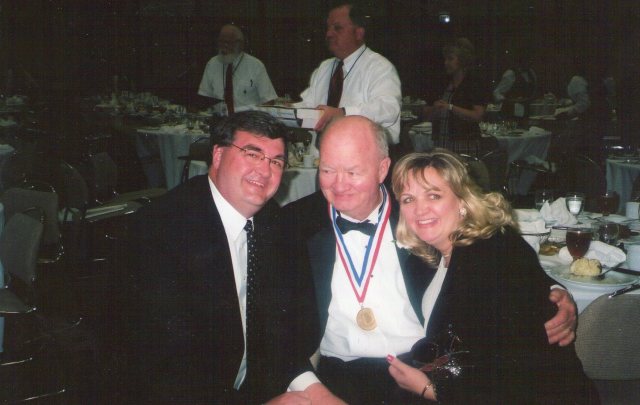